May was another busy stagey month. This time I spent time seeing some of the larger West End shows including Strictly Ballroom and Chess at the London Coliseum. I also managed to fit in some tours, concerts and a few dance shows including the Breakin’ Convention at Sadler’s Wells. 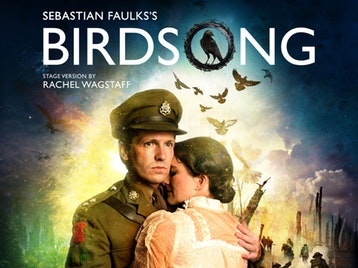 I am generally more a of a musical person than plays but Birdsong had me entranced. I loved the whole thing. In fact I didn’t want the interval to come because I was so involved with the characters and plot. I rarely cry at shows but this show certainly had my eyes stinging by the end. The acting was superb and because the plot was based upon true events it made it even more harrowing. I’ve already booked to see it again and have raved about it to everyone. Definitely make this one to catch if it is touring near you!

In amongst all of the dancing shows I saw including The Tap Packand the Breakin’ Convention, both at Sadler’s Wells, I also saw Matthew Bourne’s Cinderella. I am not a huge ballet fan, despite seeing lots of ballet shows, but his modern choreography and fantastic storytelling always makes his shows stand out. I enjoyed the twists on the fairytale classic and it felt like a new show in its own right. Obviously the dancing was brilliant but for me it was the ability to tell a story that impressed the most. 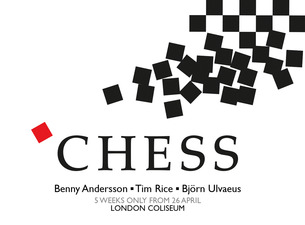 Having never seen Chess I was excited to see it at the London Coliseum. I’ll admit some of the songs did get lost due to the size of the auditorium and all the action going on onstage but overall I really enjoyed it. All of the main actors were brilliant in role and I was thoroughly impressed with Michael Ball who I had some reservations about. The theatre itself was also just as impressive as I thought it would be! One of the best parts of seeing so many shows is getting to venture into so many different theatres from small pub theatres, fringe venues to huge, majestic theatres such as the London Coliseum. Whilst my view wasn’t the best but I definitely enjoyed the experience and I’m glad to have seen the performance – lets hope that it doesn’t take another 32 years before it ventures back to the West End.

As always the West End Live Lounge was a superb night out. I love seeing the talent shown on stage – it always impresses me how the performers can put their hand to such diverse songs. The theme for this months Live Lounge was Number 1’s and there was a huge range of songs. It’s always such a fun and informal night that these are becoming one of my favourite thing to attend. Not only do you get to see amazing talent on stage but it also provides a great space to meet up with likewise ‘stagey’ friends and the performers are always willing to have a quick chat afterwards or during the interval. If you haven’t been to any of these events yet I’d certainly recommend it for a great night out; not only this but it also raises money for worthwhile charities.

June is already shaping up to be another busy and fun month with visits to see Megan Hilty in concert, The Rink, Heathers, Emma Kingston and Summer Holiday already in the diary. Of course June is also the month of West End Live, the free two day event in Trafaglar Square, and the line up of artists and shows performing is outstanding. Lets just hope the rain holds off this year!