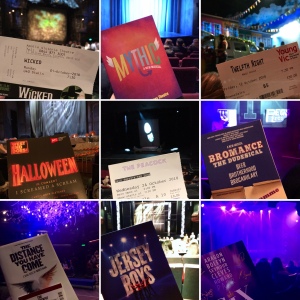 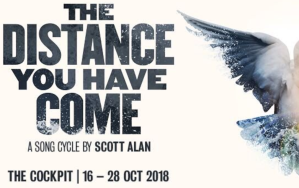 Obviously the last two performances of Six were incredible and really special but the one show that really stood out to me during October was The Distance We Have Come. This was a short run of Scott Alan’s song cycle at the intimate Cockpit theatre in London. The songs were utterly gorgeous and the subtle storytelling and interwoven characters had me hooked. It tackled some really deep and often dark subject matter, often issues which Scott Alan has himself had to overcome, but did so sensitively and beautifully. I really hope we see more of this show given time as I loved it and went away brimming with emotion in the best way.

Another show I was looking forward to this month was Tap Dogs. Having seen the show 8 years ago when it was last in London I was really excited to see it again. It certainly didn’t disappoint. I spent much of the show with my mouth open as the insanely talented dancers performed stupidly hard tap dancing and tricks with ease. It was a very loud show, think Stomp with tap, and with no interval you may think it would get a tad boring but they are so clever with the set and styles that you completely forget you are actually just watching six guys tap for over an hour. I’d definitely recommend going to the Peacock Theatre, London to catch this one.

Having never been a Shakespeare fan and not reading Twelfth Night whilst at school I was interested to see a modern, hip-hop style of Twelfth Night at the Young Vic in London. The bright and vibrant musical was fun and engaging. Easy to follow with some fantastic songs. It’s just a shame that more Shakespeare plays are not retold like this, it would certainly interest a younger generation and perhaps encourage them to further investigate the great playwright. Another thing that I loved about this show was the use of the community chorus from Southwark and Lambeth as the large ensemble. Such a fantastic idea and it worked brilliantly. It was great to see the cast enjoying it so much and having the chance to perform on stage regardless of age, circumstance and training.

Finishing off October I managed to attend my first West End Does. This up-and-coming franchise regularly puts on themed concerts with some of the most well known West End stars. This Halloween special was fantastic. Matt Lucas was the host and crowd were kept entertained throughout with his banter and humour not to mention the outstanding performances from performers such as Rob Houchen, Jeremy Secomb, Eva Noblezada, Kayleigh McKnight and Emma Kingston. Every effort had gone to ensure the audience had a spooky night from brilliant costumes and make up to a particularly well dressed stage full of pumpkins, cobwebs and candles. 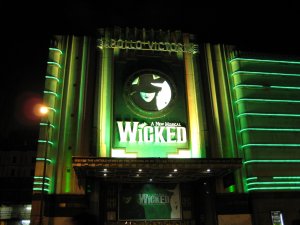 October also saw me returning to see Wicked. This was my 9th visit over the past 11 years and unfortunately this time it didn’t give me the same feels. I think partially this was due to where I was sitting. I’d forgotten quite how large the auditorium is at the Apollo Victoria. Having been originally a cinema it is huge and unfortunately this does affect the show and how much the audience can relate to the characters. Having sat nearer the front before I know how spine tingling and goosebump raising the show can be but sitting further back this time really didn’t feel the same. The show was still performed brilliantly and couldn’t be faulted but, for me, lacked that emotion and connection that you can get from the smaller, more intimate venues.

November isn’t shaping up to be quite as stagey with things slowing down slightly for Christmas. However there is still plenty to look forward to including the world premiere of Dr Dolittle, Hadestown, Seussical, Caroline or Change and a return to the West End Live Lounge. As always, thank you to reading my reviews and blog. For reviews do make sure that you follow my blog. By subscribing to MusicalManda you will receive notification of every new review meaning you need never miss any stagey news. If you have any ideas for blog articles I am always open to suggestions, don’t forget to comment below.