Caroline, Or Change is the Olivier award-winning musical by Tony Kushner with an original score by Tony award-winner Jeanine Tesori. Transferring from sell-out runs at the Chichester Festival and Hampstead Theatres this musical starring Sharon D. Clarke is on a strictly limited run in London’s West End. 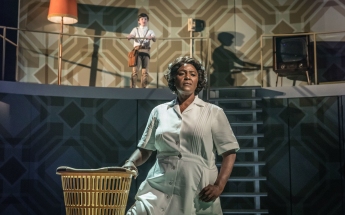 Set in 1960’s in Louisiana just as revolution is in the air this musical focuses on an African-American maid working endlessly in the sweltering basement of the Gellman household. The musical shows how lonely and isolating it was for ‘negro’ maids at the time and how despite the changes afoot the divide between blacks and whites was all consuming. Reminiscent of the recent blockbuster hit ‘The Help‘, Caroline feels trapped and bound to her duties whilst working hard to provide for her family. The washing machine, radio and tumble dryer being her only friends. Interestingly, despite the dark subject matter this production features actors as these inanimate objects. They provide a light humour amongst the darkness and highlight Carolines isolation. 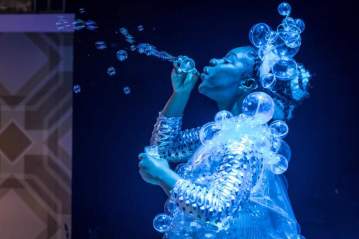 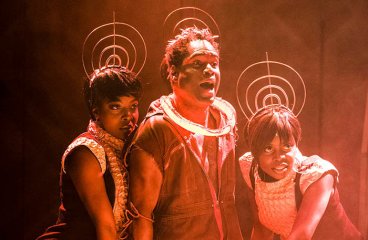 Of course, it is not just about Caroline but also the Gellman family who themselves have various struggles. When Rose, played by Lauren Ward, says that Caroline can keep any spare change that her step-son Noah leaves in his pocket the story really becomes alive as the audience sees Caroline’s inner conflict begin. Sharon D. Clarke excels as Caroline, showing her despair and isolation with conviction. Her stunning vocals are superb and match the score beautifully. The cast, most of whom have also transferred with the show from Hampstead, are all extremely talented and committed to the show and story. 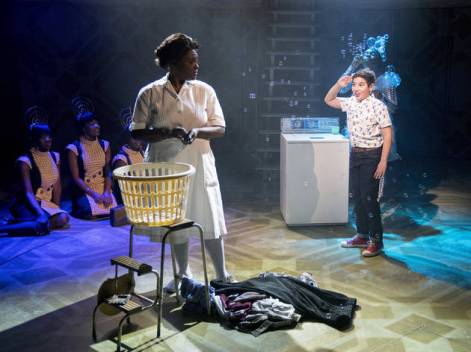 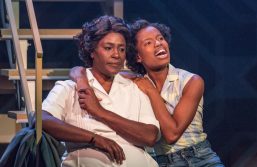 Unfortunately, for me, this show lacked something. It felt quite static and, whilst Sharon D. Clarke was amazing in character, Caroline seemed to lack emotion and I found myself not being all that sympathetic. In fact, during some scenes I found my mind wandering away from the action taking place on the stage in front of me. It was not what I had been expecting and I came out of the theatre not really sure what to think, something I also heard fellow audience members saying. A big mention must go to the amazing young performers however. Jack Meredith puts everything into his character of Noah. His vocals are spot on and his energy contrasts Caroline’s perfectly. This show is worth a visit if only for Sharon D. Clarke’s outstanding vocals and is definitely different to anything else currently showing in the West End. Go in with an open mind and take the chance to see this award-winning production yourself.

Caroline, Or Change is playing at the Playhouse Theatre, London until the 6th April 2019. For tickets and information click here.

2 thoughts on “Caroline, Or Change – Review”