The Sound of Music is embarking on a new UK Tour. It’s first destination for 2018 is at The Churchill Theatre, Bromley. The Sound of Music tells the true story of the world-famous singing family, from their romantic beginnings and search for happiness, to their thrilling escape to freedom at the start of WWll.

Lucy O’Byrne returns to the iconic role of Maria and Neil McDermott is Captain Von Trapp. Neil McDermott is a TV and stage favourite, whose characters include Ryan Malloy in EastEnders as well as numerous West End productions including Shrek The Musical in which he played Lord Farquaad. 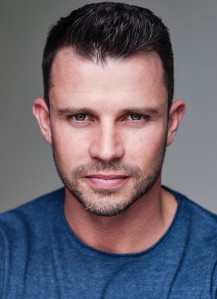 Neil McDermott kindly took time out of his busy schedule to talk about his upcoming role:

Q) The Sound of Music is over 50 years old – why do you think it is still so loved amongst audiences?

It’s no coincidence that some stories last the test of time and some don’t. Those that do are because at the heart of it is a story that connects with people. Obviously the music is very well known and is joyous to watch performed but it’s the story in which love and family triumph that makes the musical timeless.

Q) If you can sum up your character in 3 words what would they be?

Q) On-screen and stage acting are very different and you have been in many theatre productions both in the West End and on tour as well as on television. Which do you prefer?

I enjoy both stage and screen to be honest. I like to have variety in what I do both in medium and in character. However there is something uniquely special about telling a story to a bunch of people in a room from beginning to end. Taking them on a journey and capturing an audiences imagination as we do in live theatre.

Q) You played Rolf in the 2006 West End production of The Sound of Music – why did you want to revisit the show, this time playing Captain Von Trapp?

The offer to play the role came up at the right time for me. I’d just finished a stint of playing a comedy villain in ‘Wind in the Willows’ at the London Palladium, so to have a go at an iconic good guy character was something that excited me. I knew the story well and knew the role would be challenging in a different way to previous parts. I had been doing mainly physical characterisations and the Captain is more of an emotional role. Undoubtedly the show is very special to me and it’s a privilege to have the opportunity to return.

Q) Of the many past productions you have been involved with are there any others that you would like to revisit?

I don’t think there is a role that I am desperate to do again. It would be more likely that I would play a different role in the same story as I am here but having said that I am always looking for new adventures and characters to play. Part of the beauty of this job is being able to get excited about doing different things in your career. But I certainly never say never.

Q) Why should audiences come to see this show in January at The Churchill Theatre, Bromley?

The Sound of Music is an iconic family musical. If you haven’t ever seen it on stage I urge you to do so at least once in your life. You’d be hard pressed not to leave the theatre feeling a renewed sense of warmth and happiness. And if you have seen it before we’d love you to come and see what we have done with the show. It’s a fantastic cast led by Lucy O’Byrne with all the big musical numbers that everyone knows and loves, with a few more surprise ones thrown in to tickle your fancy too.

The Sound of Music plays at Bromley’s Churchill Theatre from the 9th January 2018. For more information and tickets see https://churchilltheatre.co.uk/Online/tickets-sound-of-music-bromley-2018

For information about The Sound of Music and other tour destinations see http://www.kenwright.com/microsite/the-sound-of-music-2018/