The Case of The Frightened Lady: Churchill Theatre, Bromley

This new adaption from the legendary “the king of the detective thriller” Edgar Wallace tells the story of  Inspector Tanner. When he is called in to investigate a ruthless murder at Mark’s Priory, the grand ancestral home of the Lebanon family, he quickly discovers that nothing is quite as it seems. As Tanner moves closer to the heart of the mystery he uncovers a shocking and closely guarded secret.

Unfortunately, this latest Bill Kenwright production seems to have had most of the budget spent on the celebrity casting rather than the other aspects required to make an interesting, entertaining night out. The plot was slow, at points dull, and fairly predictable. Luckily the story did pick up speed during the second act and the final 15 minutes were pacy and interesting. 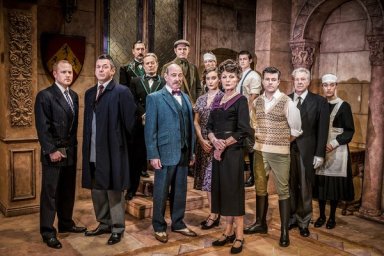 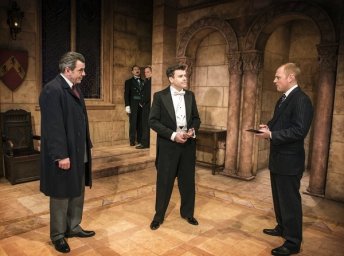 The simple staging and direction did little for the show. Whilst it kept to its roots as an old fashioned who-dun-it, it lacked any oomf and was too obvious and simplistic. The movements around the stage felt forced, more like a rehearsal than the characters reactions to the onstage drama.

The static set designed by Julie Godfrey was again in keeping with the style and era of the show. The set was visually pleasing to the eye but unfortunately due to the large side walls anyone sitting to the left of the auditorium had a hard job seeing the only set piece that was actually used during the show, the sideboard.

The cast were capable of telling the story and for the most part acted well. Gray O’Brien, Chief Superintendent Tanner, delivered all of his lines clearly and with conviction. Charlie Clements was believable as the Detective Sergeant Totti and Rula Lenska played the role of the Lady of the house well, finally being able to show some character and emotion at the end of the second act. The performance of the night was Ben Nealon as Lord Lebanon. His acting was believable and he was able to take hold of the stage. The actors were all fine in their roles. What the show lacked was passion and emotion, both on stage or from the audience. 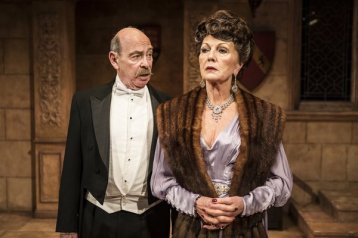 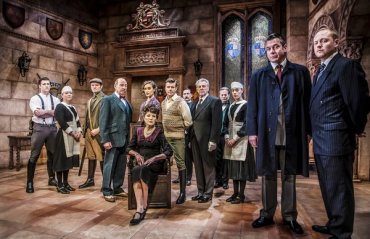 The sound quality at The Churchill Theatre, Bromley is normally very good but unfortunately tonight it was very poor. The actors seemed to have to shout most lines, rather than add dynamics to their performance and there was a lot of echo and feedback. The brief musical interludes in between the scenes or to denounce action on stage were quite poor quality, dated and were not dramatic enough.

This production felt like yet another produce it quick murder mysteries. It will no doubt attract audience members due to its celebrity casting and the style of play which is always popular. However it fell short of the high quality plays that are being produced regularly now.

The Case of The Frightened Lady runs at The Churchill Theatre, Bromley until Saturday 27th January 2017. For tickets see https://churchilltheatre.co.uk/Online/tickets-frightened-lady-bromley-2017

For more information about The Case of The Frightened Lady including venues and tickets see http://www.kenwright.com/microsite/the-case-of-the-frightened-lady/