Marking Tyrone Huntley’s directorial debut Ain’t Misbehavin’ celebrates the legendary sass musician Fats Waller. Audiences are taken back to the 1920’s and the raunchy nightclubs of Manhattan. Featuring choreography by Strictly Come Dancing’s Oti Mabuse, who also makes her theatrical choreographing debut with this show. Fun jazz music and heaploads of attitude, the show takes the audience on a journey through a period of musical history, the Harlem Renaissance, where musicians were free to experiment with new styles and jamming to a new beat known as swing. This production of Ain’t Misbehavin’ marks its first London revival in almost 25 years and looks set to transport audiences back in time to a place where music and dance is the sure way to forget life’s troubles.

With costumes as glittery as the chandeliers handing from the ceiling this show sparkles from the outset. Full of glitz and glam this musical revue is a greatest hits tour of Fats Waller which takes the audience on a fun journey of swing and jazz. The cast made up of five incredibly talented performers is diverse and each compliment one another brilliantly. Adrian Hansel and Wayne Robinson are both effortlessly smooth and sophisticated with voices to match. They manage to get the entire audience joining in with ‘Fat and Greasy‘ – a real highlight of the show. Landi Oshinowo’s vocals are superb, as is her stage presence and interaction with the audience. Carly Mercedes Dyer’s comic timing and precision has the audience laughing throughout the two hour production. Once again, her interaction with the audience is fantastic – something that in a small venue like the Southwark Playhouse makes the performance even more enjoyable and immersive. Renée Lamb steals the show with her flirty, confident attitude from the very start. Not only does she ooze sass but she also has vocals to kill for and seemingly makes any song look like a breeze. Each member of the cast adds something to the production, from the cool, suave men to the comic competitiveness between the women. This clever mix, along with the diverse mix of musical numbers, makes an interesting and varied show. 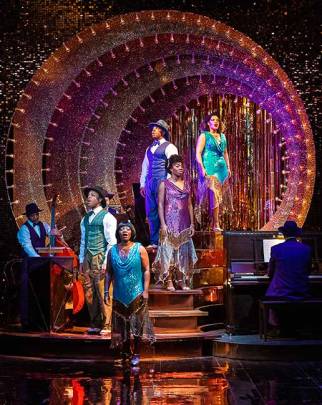 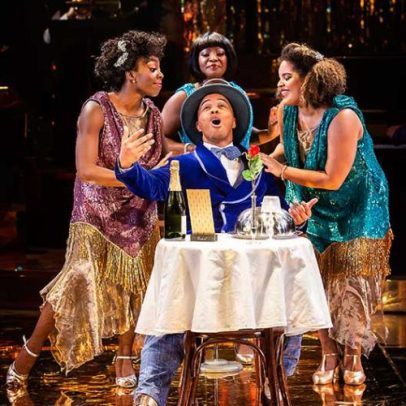 With musical numbers by the plenty there are some real highlights of the show including the cleverly directed and choreographed ‘Viper’s Drag‘ where Wayne Robinson gets the chance to take the spotlight; ‘Jitterbug Waltz’ ‘Honeysuckle Rose’ and ‘Black and Blue‘ in which the harmonies created by the five cast members are glorious. Despite the fun and humility of the show the meaning of this song, in particular, is not lost and makes for a nice change in atmosphere for a brief moment.

The set, designed by takis, allows the audience to feel as though they have stepped back to the 1920’s and into a classy jazz bar. Coupled with the gorgeous period costumes its hard not to fall for the charm of this clever revue. However, given the small size of the venue, it is the choreography by Oti Mabuse which really stands out in this production. Cleverly intertwining the swing music with glorious, Charleston inspired choreography is brilliant. The energetic dancing flows fantastically and is performed superbly by the cast. This lively, fast-paced choreography adds a whole new element to what could otherwise be a concert style show and whilst there is no storyline, consistent characters or scripted dialogue, the clear direction from Tyrone Huntley and the innovative choreography by Oti Mabuse means these elements are not missed.

Fun, flirty and oozing with sex and sass Ain’t Misbehavin’ is glorious fun. Slightly reminiscent of the recent 2017 revival of Five Guys Named Moe, this fresh production aims for the audience to be transported to the swinging, jazz filled clubs of the 1920’s and 30’s and it certainly achieves this. It is had to leave the theatre without smiling and clapping along to the incredible onstage musicians and talented cast. Head on down to the Southwark Playhouse to experience it for yourself!

Ain’t Misbehavin’ runs at the Southwark Playhouse until the 1st of June. For information and tickets click here.

This review was originally written for and published by LondonTheatre1