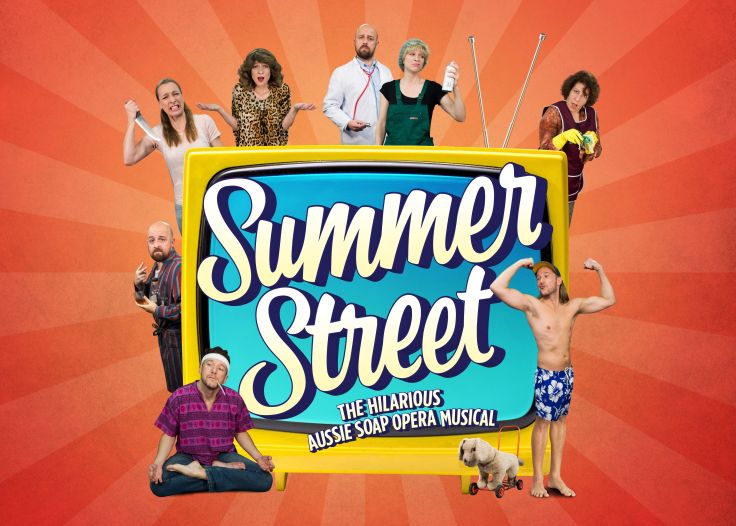 Following four Aussie soap stars who are trying to resurrect their careers, with hilarious and unexpected consequences, this new musical from AJN Productions aims to bring sun, fun and ’90s nostalgia to London this summer. Following a stint at Brighton Fringe, Summer Street transfers to London’s Waterloo East Theatre. This musical comedy written by Andrew Norris features a soundtrack of fun, pastiche songs from the 1990’s.

Fun and upbeat, this musical certainly doesn’t take itself too seriously. Some of its risqué humour works brilliantly and the overall concept is humorous. With a clever twist at the end the show is generally pacy enough to keep the audience engaged throughout. Some points of the show do seem to lack clarity and purpose, it is only at the end of the show that they feel warranted. 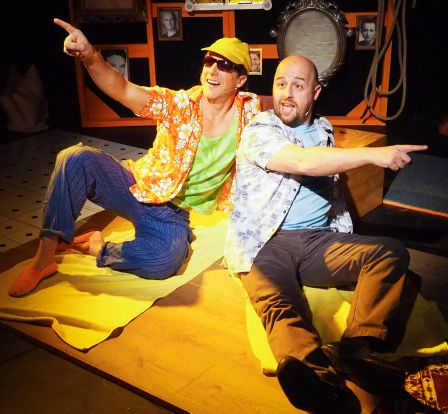 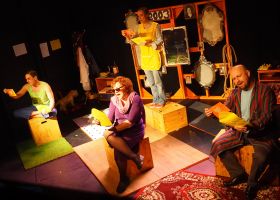 The four cast members; Julie Clare, Simon Snashall, Sarah-Louise young and Myke Cotton all work very hard to play the multiple stereotypical larger than life roles. It’s always fun to see professional performers playing the ‘actor’ and this cast excel at this. Particularly during scenes where the script is ‘forgotten’ or the character is struggling with quite how to act and which direction to look in. Vocally Sarah-Louise Young stands apart from the others but all four performers add an important element. The original songs by Andrew Norris are humorous and whilst not overly memorable, the play on words and the witty lyrics work well. ‘Lucky Plucky Me‘ and ‘Chains Around My Heart’, in particular are quite catchy and get the audience involved. 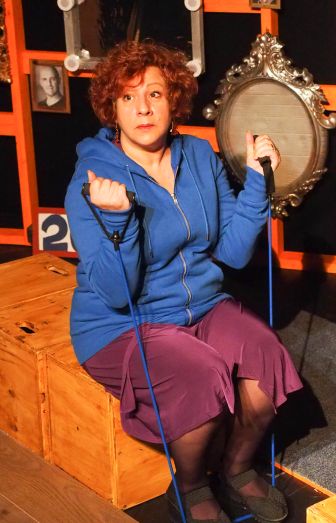 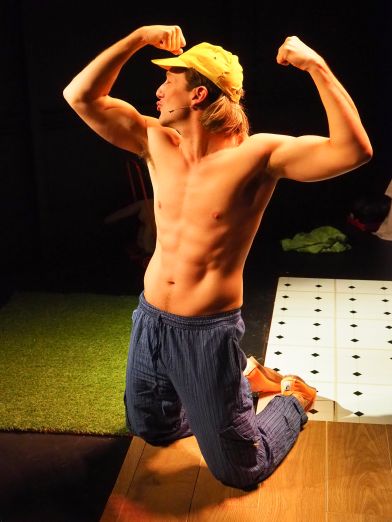 As a long term Neighbours fan myself, some of the throwaway comments and gags were especially relevant and funny. Whilst the show doesn’t require any knowledge of Aussie soaps it certainly helps to be able to fully enjoy the show. Summer Street isn’t groundbreaking, innovative or notably memorable but nor does it set out to be. It’s a lighthearted evening out and there are bound to be one or two gags which will make you laugh out loud.

Summer Street is playing at the Waterloo East Theatre in London until the 2nd June 2019. For tickets and information click here.