Having missed last years showing of this Andrew Lloyd Webber classic rock musical I was really excited to see it again for the 2017 revival. Many of the cast have returned to their roles and with choreography by Drew McOnie and an Olivier Award under their belt I knew it would be something special.

Wow! It was a feast for the eyes. The dancing was so innovative, edgy, crisp and clean. All of the cast were extremely talented and their commitment to each and every dance move was fierce. I loved the repeated moves of the dancers and how the pieces built up to several climaxes throughout single songs/scenes. The use of the small stage was superb and the modern feel of the choreography really gave this revival a new lease of life.

The costume design also took a risk and brought the show into 2017. I enjoyed the laid back dancer style costume for the most part with the more elaborate clothes for certain scenes. I also loved the use of glitter throughout the show. I have not seen glitter used in this way before and it actually added to the impact rather than detract from it like I thought it might. During the crucifixion, the use of glitter in addition to the blood and gore of the usual production was fantastic and made the impact even more visual. Alongside this, the use of the silver paint for Judas to represent ‘blood money’ was a fantastic concept. The symbolism was evident and reminded me slightly of Lady Macbeth. 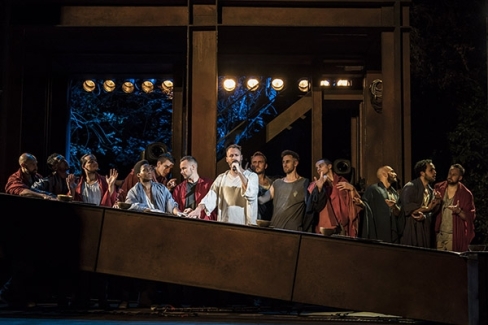 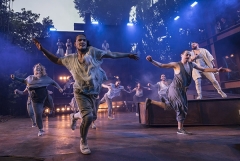 There were lots of risks taken in this show from the choreography, staging and costume department and the choice to have the actors using microphones and mic stands was an interesting idea. I wasn’t entirely convinced. Sometimes it felt more like a concert rather than a piece of theatre so I felt it detracted slightly from the storytelling and characterisation. However, I adored the use of the mic leads to represent Judas’s suicide and in their use for the crucifixion. The staging and direction of the show (director: Timothy Sheader) was certainly different, interesting and for the most part the risks taken completely paid off. I doubt many of the audience would have seen this musical performed in such a way before.

The cast were just outstanding! Tyrone Huntley (Judas) committed to every single word and movement completely. His facial expressions were spellbinding and I couldn’t take my eyes off him. Likewise, his vocals were magnificent! He has amazing range and can belt out a note and move to singing softly with little effort. 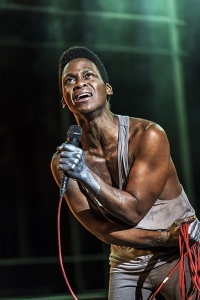 Declan Bennett (Jesus) really came into his own in the second act. His vocals again were top notch and really added to the rock feel of the show. Maimuna Memon (Mary) has a lovely singing voice and supplied the softness that the show needs to offset the rocky vocals from Jesus. I have to also mention Phillip Browne who has one of the lowest baritone voices I have heard recently. So rare to hear in a musical and it made all of the audience sit up and listen. 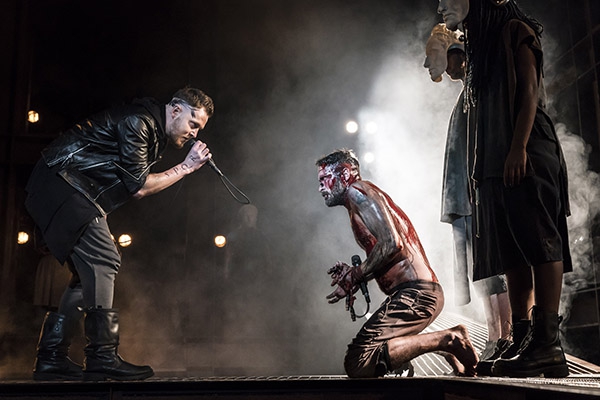 The only problem I had with the music of the show was that sometimes the singers were drowned out by the incredible musicians. I also found some of the lyrics hard to understand. This is a big bug-bear of mine. For a musical to work you have to be able to understand what the characters are singing and for me some of the songs, especially in the first act were hard to decipher in some parts.

However, the entire cast were amazing and clearly passionate about the show. In particular, Cleve September, Kirstie Skivington, Lauran Rae, Javar La’Trail Parker, Joshua Dever, Sinead Long and Phil King stood out. I found myself watching them throughout the show and it seemed that they were completely in tune with the show, their characters and the choreography from beginning to end. 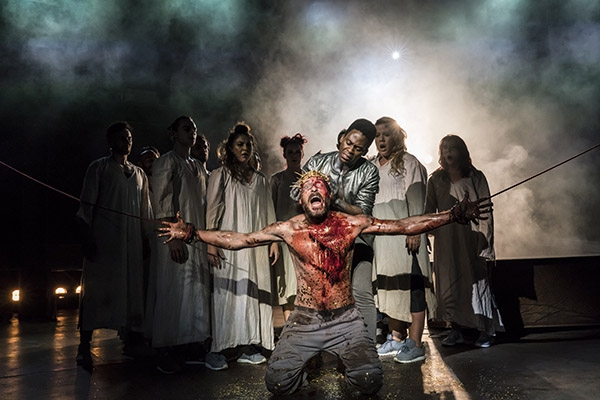 For someone who is not a great Andrew Lloyd Webber or Jesus Christ Superstar fan I thoroughly enjoyed this version for the risks that it took. Instead of another revival of the show it feels fresh and new and has completely brought the show to the 21st Century. If you want to see fantastic music, choreography and staging which is contemporary, edgy and innovative then this is the show for you!