‘Oh My God You Guys’ need to hot foot it down to your local theatre to catch this toe-tapping, upbeat musical! It is a real feel-good show with catchy songs, an amazingly talented cast and has the audience grinning from start to finish.

Legally Blonde, which was first produced on Broadway in 2007, tells the story of Elle Woods who enters into Harvard Law School to impress and win back the love of her life, Warner Huntington III. The musical which is known for its up-tempo and feel good songs has been directed by Anthony Williams and this new production is fantastic.

Lucie Jones, who barely leaves the stage as Elle Woods, is just exquisite in the role. Her vocals are pitch perfect at all times and she completely embodies the role of Elle. Her take on the Delta-Nu Sorority member is really funny and her comic-timing throughout is hilarious. Whilst not a born dancer, Lucie takes on the dance routines with gusto and the staging of ‘What You Want’ was super. 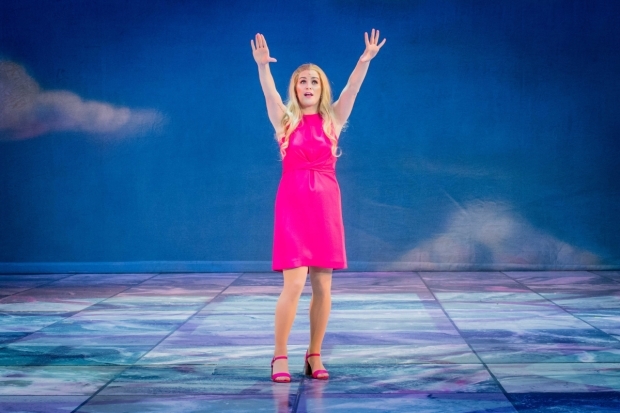 The choreography by Anthony Williams and Dean Street was perhaps not the most innovative but it was high-energy and felt completely at home with this show. The introduction of choreography in ‘There! Right There!‘ was an interesting move and both ‘What You Want’ and ‘Whipped into Shape‘ were brilliantly choreographed. ‘Whipped into Shape’ in particular really showed off the skills of this talented cast and the lighting and glow in the dark skipping ropes helped to further highlight the athleticism of all the cast members. 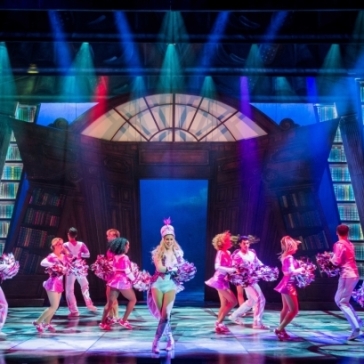 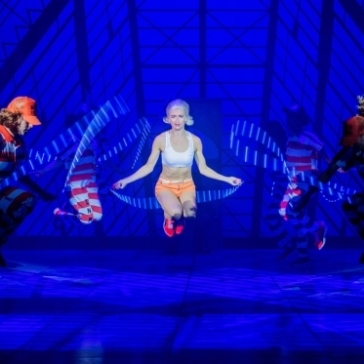 David Barrett, Emmett Forrest, was utterly believable in the role and the sarcastic element of the character played well with Lucie’s comic timing. The on-stage chemistry between the two was really good and both voices sounded great together. David’s voice was particularly impressive in ‘Chip on Your Shoulder‘. 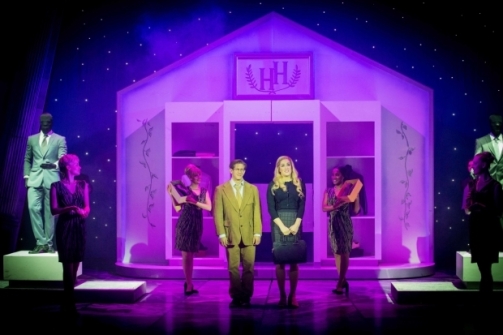 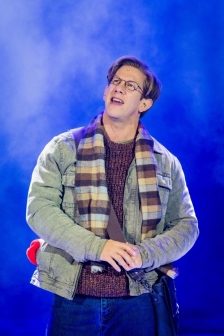 Liam Doyle, Warner Huntington III, has a lovely, rich voice and, whilst not quite as arrogant as the character could be, plays the role well. Bill Ward impresses as Professor Callaghan. Previously starring mostly in plays and TV shows such as Emmerdale and Coronation Street his voice was strong and clear, especially in ‘Blood in the Water‘. 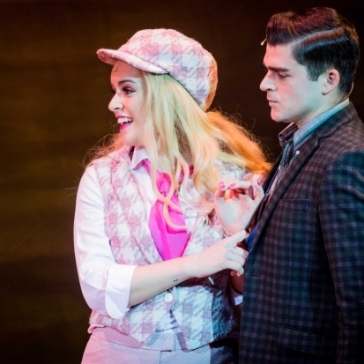 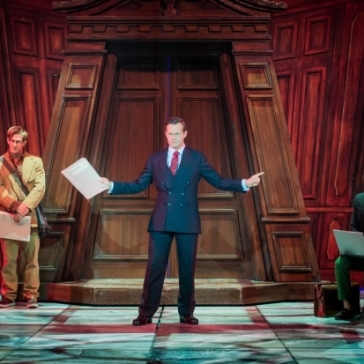 Another ‘star casting’ was Rita Simons who had the audience in hysterics as Paulette… along with Ben Harlow who played Kyle B O’Boyle. Both actors gave stand out performances. In fact the entire cast were on top form throughout the quick paced show. Special mentions must go to Helen Petrovna (Brooke Wyndham), Sally Frith (ensemble), Delycia Belgrave (Pilar) and Michael Hamway (ensemble) all of whom were fantastic in role. 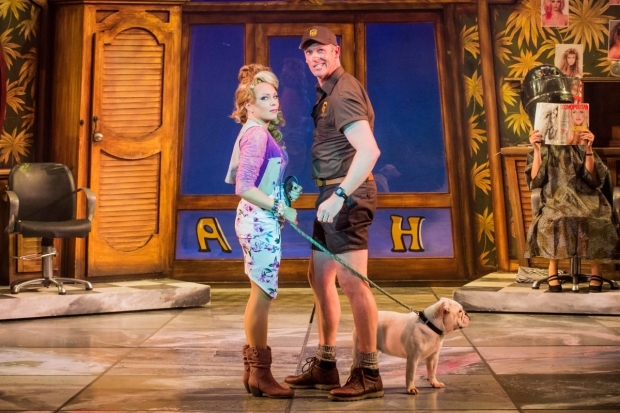 Lighting designed by Nev Milsom was particularly impressive for a touring show. The impressive range of colours, quick changes and use of lighting to frame the different set pieces was very good and certainly added an extra element making it feel like a West End show.

The set, designed by Jon Harris, Jason Bishop and David Shields, was ambitious and were mostly very well used. The larger set pieces such as the salon, court house, department store and Elle’s dorm room were really well thought out and felt very high-quality. Some of the smaller props however looked slightly flimsy and it seemed too ambitious for a touring show. Sometimes less is more and this could well be the case for this show. 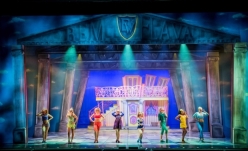 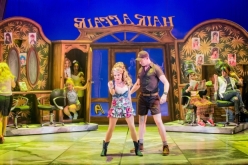 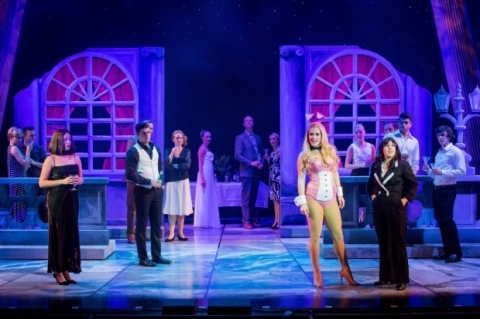 The overall show was fantastic. From the impressive amounts of quick costume changes, high energy dance number, fantastic ensemble songs to the outstanding individual performances and comic timing of the show left audiences with a grin from ear to ear. This light hearted show will certainly leave you smiling at the end of the evening. Pure escapism that is a joy to watch.

Legally Blonde is now touring the UK. Tickets are available from: http://www.legallyblondethemusical.com