March was another stagey month for me. Thanks to the TodayTix Spring event I was able to bag some cheaper tickets and of course March saw me going to see Hamilton for the first time!

Despite all of the big West End shows that I have seen this month actually my favourite show was a short workshop production called Myth. This fantastic show really caught my attention due to its important message, phonemenal acting (particularly from Joel Harper-Jackson) and the fantastic songs. It only ran for one week at The Other Palace in London and I managed to see both the first and last show. I was really impressed with the whole concept and for a ‘workshop’ production it was very polished and thoroughly enjoyable. The cast had only come together and started rehearsing it 2 weeks prior to the first night and it was excellent. I sincerely hope that this musical gets noticed and invested in – it certainly seems to have had rave reviews from the audience members and standing ovations each night. To read my full review of Myth click here.

This month saw a return visit to Dreamgirls where Marisha Wallace blew it out of the park! Literally the lungs on that girl are insane. Not only this but her characterisation of Effie was fantastic – for the first time I actually felt sympathy for her as a character. The new 2018 cast are super. I also made a return visit to see Legally Blonde UK Tour. This is one of my favourite musicals because it is so much fun and has some really catchy, feel-good songs. The tour, which started in September, is fantastic although the sets did not seem to have travelled well with lots of scuff marks and flimsy parts. Rebecca Stenhouse did a fantastic job as Elle, understudying Lucie Jones who was not on the night I saw it. One of my favourite things to do is go back to a show I know or have seen before. I always seem to enjoy it more the second, third or in this case fifth time around. It’s great to be able to spot little alterations, see different cast members and creatives take on the same show. 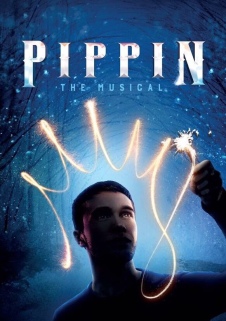 Unfortunately, not every show I have seen this month has been a hit. I was slightly disappointed with Pippin at the Southwark Playhouse. The cast were extremely talented, it was choreographed well and the stage was used well. But I just didn’t quite ‘get’ the show. The plot itself was a bit flimsy, I didn’t feel any empathy for the lead character and I found my mind wandering at several points during the show. Another show which I was really unimpressed with was Girl From The North Country at the Noel Coward Theatre. This show had been recommended to me by a friend and it has received lots of praise. However, I just didn’t enjoy it. I felt like it wasn’t quite a musical, not quite a play. It focused on too many characters whilst not allowing enough time to be spent developing these characters. The cast were all great in role and the set was interesting but the mix of deep, dark subject matter along with Bob Dylan’s moody, depressing songs did nothing for me. It was one of the rare occasions where I came out of the theatre regretting going in the first place.

Obviously I cannot round up March without talking about the first time I was ‘in the room where it happens’. I say first time because I am sure it will not be my last. It was literally mind blowing! So unique, innovative and creative. I already knew the score and plot but was excited to see how it was staged and the contemporary choreography. I wasn’t disappointed. Whilst it didn’t make my heart race or grab me emotionally as much as other shows it certainly wowed me and was a true spectacle. To read my full review of Hamilton click here.

April is already shaping up to be a great stagey month with lots of concerts, press nights and shows already booked including Eva Noblezada’s concert, If Life Were Like a Musical, Teddy, Sunset Boulevard and Natalie Weiss’ concert. To kick start the month I am seeing the Musical Marathon at The Other Palace on Easter Sunday – last year this was a real highlight for me, helping to raise money for charity whilst also enjoying a fab night out.