Flashdance is the iconic 1980’s film telling the story of  18 year old Alex, a welder by day and ‘flashdancer’ by night. She dreams of going to the prestigious Shipley Dance Academy and becoming a professional dancer. However romance complicates her ambitions.

This 2017/2018 tour by Selladoor Productions features star headliners Ben Adams (A1) and Joanne Clifton (Strictly Come Dancing, Thoroughly Modern Millie) and boasts smash hits such as ‘Maniac’, ‘Manhunt, Gloria’, ‘I Love Rock & Roll’ and of course, ‘Flashdance – What a Feeling’.

No can can question this casts ability to dance! Their infectious energy runs throughout the show from the opening number. Choreography by Matt Cole is fantastic. The dance numbers are energetic, modern and contemporary but still play homage to the 1980’s. All of the cast are clearly extremely talented dancers and the mixture of gymnastics, street, ballet, contemporary and ‘Flashdance’ is brilliant. 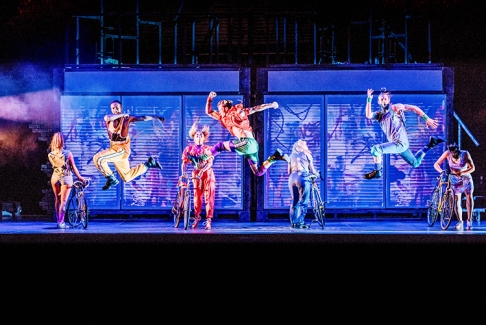 The iconic hits are all performed exceptionally well. The entire cast are able to belt out superb vocals despite the complexity and energetic dance routines. There were a few minor issues with sound at this performance but it did not detract from the overall performance and the actors were professional throughout. Everyone was in character at all times and committed to the role.

The set, designed by TAKIS, was really impressive and the large set pieces were moved seamlessly to create different venues. The steel construction playing to the fact that Alex is a welder by day was a welcome extra touch. Lighting by Mark Howland and video technology by Daniel Denton really added to the overall effect. This production felt anything but cheap and cheerful – it could easily be at home on a West End stage. 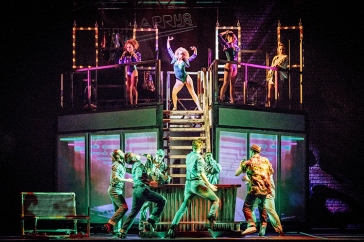 Joanne Clifton (Alex) was amazing in the role. Most people know that she can dance but her ability to take on a character and play it effectively is fantastic! Her vocals were solid throughout, especially during ‘It’s All in Reach’ and ‘Try‘ and her relationships with the other characters on stage was very believable. 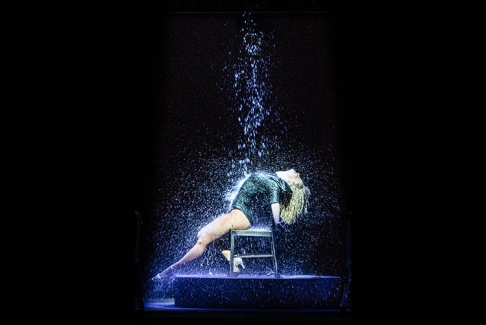 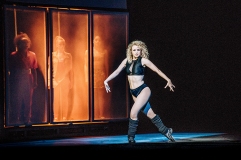 Ben Adams (Nick) was well cast in this role and although his vocals still had the 90’s pop sounding edge they were clear and pitch perfect. His acting was very good and the chemistry between Nick and Alex was played very well. ‘My Turn‘ and ‘Here and Now‘ demonstrated his vocal ability and range effectively. 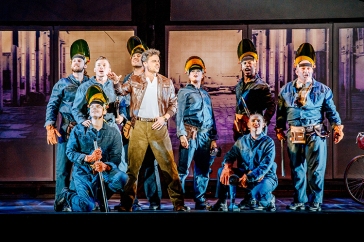 The entire cast were really talented and fully immersed in their characters in particular Hollie-Ann Lowe who played a fantastic Gloria, especially in Act II. Lowe’s characterisation was very good and ‘Chameleon Girls‘ and ‘Gloria‘ were standout performances of the night. Colin Kiyani’s vocals were gorgeous and his diction clear, particularly in ‘Where We Belong‘. Demmeileigh Foster and Sia Dauda’s vocals and dance skills were also outstanding. ‘I Love Rock and Roll’ certainly got the audience excited and the choreography was once again on top form. 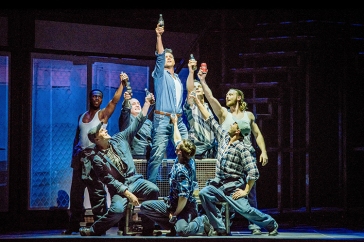 This musical definitely got the audience energised and ready to dance the night away. By the end of the show most people were on their feet clapping and dancing along to the mega-mix finale. If you are after a show with a simple plot, catchy tunes, fantastic dancing and creative choreography then grab a ticket now and be sure to bring your dancing shoes!

Flashdance is playing at theatres around the UK until August 2018. Buy your tickets here:   http://www.flashdanceuktour.co.uk