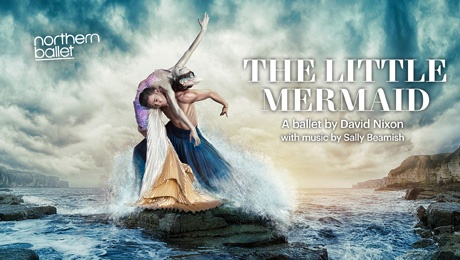 The Little Mermaid by the Northern Ballet: The Marlowe Theatre, Canterbury

The fantastically acclaimed Northern Ballet have produced a beautiful new ballet which tells the classic Hans Christian Andersen fairytale and will take audiences on a journey beneath the waves. The Little Mermaid is set to immerse audiences in a mystical underwater world.

The production is choreographed by David Nixon OBE, and performed to an original score played live by Northern Ballet Sinfonia.

The story is simple enough to follow but also has sufficient depth to keep the audiences interested. For a generation brought up on the Disney version however, some members of the audience may feel slightly underwhelmed, especially with the ending.

The costumes, also designed by David Nixon, were intricate and gorgeous. The floaty dresses replicated the sea perfectly and the sheer sparkle and shimmer of the mermaids outfits are a delight. All of the costumes have clearly been cleverly designed and constructed to not only allow for perfect characterisation but also to allow the phenomical dancers the ability to move fluidly.

The dancers themselves were graceful and remained in character throughout. The large group ensemble sections were fantastic whilst the solo and duet sections really showed the emotion between the characters. All of the dancers were extremely talented and remained poised and ready throughout the demanding choreography. The storm sequence was one of the stand out parts of the show and showed how dramatic ballet can be. The choreography felt fresh and current. Some scenes in the second act were slightly long but generally the pace was good and the audience did not get restless (even the younger children).

The simplistic set further allowed the audience to concentrate on the dance. The mottled mirrors to represent the water were effective. With just 2 large moveable set pieces which created the land, ship and underwater covens space was used well and imaginative. Whilst the sets could have been more elaborate the simplicity meant that it let the audience to imagine the scene and focus solely on the dancers. 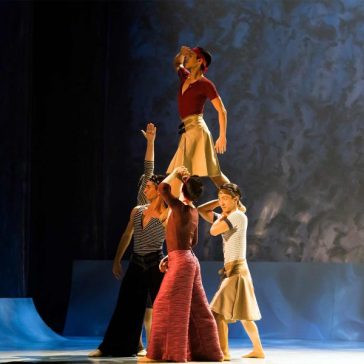 Having a live orchestra really benefits this show. The music was lovely throughout and the impact of it being played live was tangible. Again, the musicians were talented and maintained pace throughout.

Audience members young and old, men and women seemed to be transfixed by the action on stage. If you are a ballet fan, or a fan of great dance then you’ll enjoy this new take on a classic by the Northern Ballet.