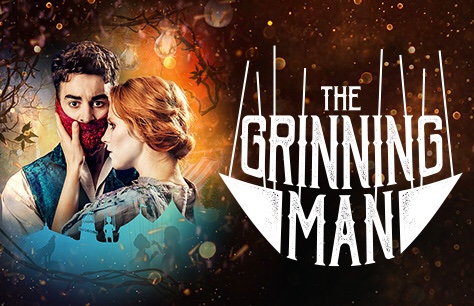 This is theatrical storytelling at its best. This gloriously dark new musical with comic twist is fresh from a highly successful premiere at Bristol Old Vic, new musical The Grinning Man is a magical reimagining of the classic novel by Victor Hugo (Les Misérables). The Grinning Man tells the story of Grinpayne; a strange new act at the fairground with a hideous smile. Paraded as a freak, then celebrated as a star, only the love of a sightless girl can reveal his terrible secret.

The puppetry made by Gyre & Gimble, the original War Horse puppeteers, was just spellbinding. The puppet movements are delicate and make the characters come alive. The puppets are crafted perfectively and really help take the audience to the fantasy, magical world. The puppeteers themselves are extremely talented and blend into the background – just what you need to enable the puppets themselves to come to life. 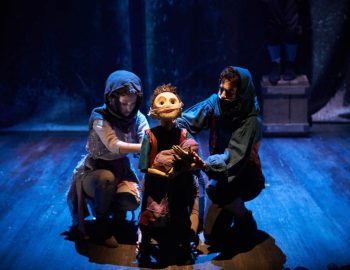 The incredible set designed by Jon Bausor is exquisitely detailed. Everything has been thought of. The small stage is used to its maximum throughout the show with large set pieces and intricately designed props being used effectively. The mix of modern style set pieces along with traditional flats and curtains worked together perfectly. The use of silk sheets, for example, to depict the shipwreck was simple yet highly effective. This show takes a fresh approach and does not rely on projection or fancy visual effects. Costumes, by Jean Chan, and the make up was just as detailed and delicate and further added to the storytelling of the show. No detail has been left untouched.

What sets this production apart from other shows currently running in London is its fantastic storytelling. It truly does take the audience on an adventure. It is almost like a grown-up fairy tale. True escapism. Tony Award-winning director of War Horse, Tom Morris and the writer Carl Grose have done a great job of telling story with a delicate mix of humour and love alongside pain to create a showcase of theatre. While there were a few plot points that felt too long and others which were slightly rushed the complicated plot definitely has something for everyone. 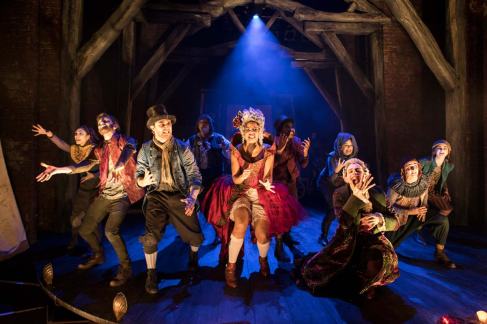 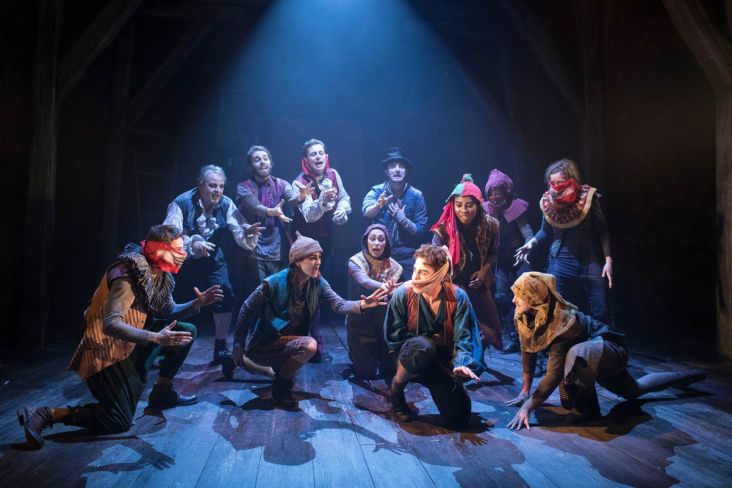 The score by Tim Phillips and Marc Teitler, may not be the most memorable but is perfect for this production. It is interesting, current and fresh. There is definite mix of styles – something for most audience members. All of the songs are performed brilliantly by the stunning cast without some stand out performances from the soloists and lovely harmonies by the ensemble members.

The entire cast are hugely talented from Sanne Den Besten’s glorious vocals as Dea, to the amazing characterisation of Ursus played by Sean Kingsley. Julian Bleach, Barkilphedro, commands the stage from the opening number and his facial expressions alone are worthy of the huge applause the show received after its finale. However the show is stolen by Louis Maskell. His portrayal of Grinpayne is just outstanding. His physical interpretation of the complicated character is mesmerising and impossible not to be impressed by, not to mention his fantastic vocals. 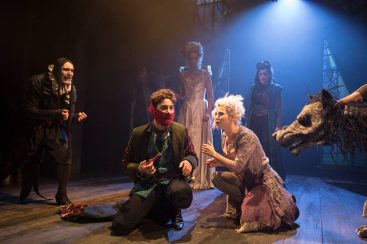 This show is hard to describe. It is one of those shows that deserves to be seen. Needs to be experienced. Perfect storytelling which allows for complete escapism. Don’t miss the opportunity to see this outstanding show!

The Grinning Man has been extended and is playing at The Trafalgar Studios until the 14th April 2018. For more information and tickets click here.