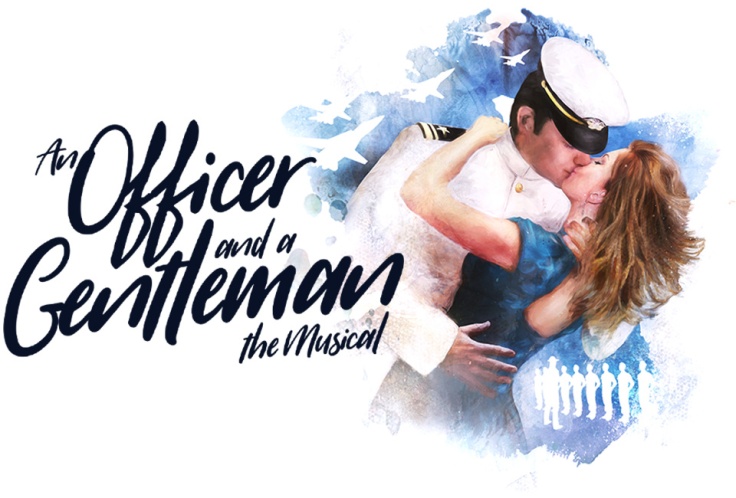 An Officer and a Gentleman: Marlowe Theatre, Canterbury

This world premiere of a new musical ‘An Officer and a Gentleman‘ is set to sweep audiences off their feet. The UK tour, based upon the true events made famous in the hit film starring Richard Gere, features many well-loved 80’s hits such as ‘Girls Just Want to Have Fun’, ‘Livin’ On A Prayer’, ‘Material Girl’, ‘Don’t Cry Out Loud’, and ‘The Final Countdown’. The show concentrates on Zack Mayo who is in training to become a US Navy Pilot. Quickly falling for a local girl, Paula Pokrifki, Zack realises the importance of love and friendship as he finds the courage to be himself and win the heart of the woman he loves. 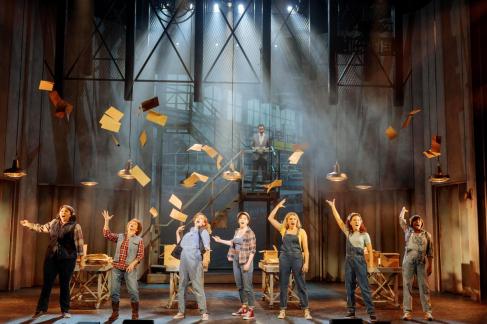 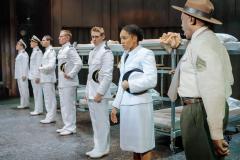 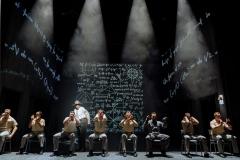 Romantic, clever and fresh, this new musical really impresses. From the outset it may seem like another screen to stage adaptation jukebox musical. But the ingenious arrangements of the songs, by George Dyer, are unique and make the songs feel as though they were written for the show. The clever version of ‘It’s A Man’s Man’s Man’s World’, for example, is completely fitting with the situation unfolding onstage. The songs fit in well with the flow of action and well directed characters. The range of well-known hits is fantastic meaning it is full of nostalgic tunes for many but the clever arrangements of these hits makes them fresh and fitting for the story being told onstage. ‘Toy Soldiers’ is just another example where a well known song is beautifully performed and the newly created harmonies are gorgeous.

The entire cast of An Officer and a Gentleman are committed, hardworking and driven throughout the show. Jonny Fines plays the strong-willed yet troubled lead character Zack fantastically. He is more than capable of the large vocal numbers but it is his acting through song that makes him stand out from the crowd. His version of ‘Blaze of Glory‘ being just one of many highlights of the show. Jonny’s depiction of Zack as a tough Navy candidate whilst also letting the audience see a softer, vulnerable side is a joy to watch. Emma Williams’ powerful vocals and strong determination makes for a great character as Zack’s love interest Paula Pokrifki. Her performance of ‘Alone‘ leaves the audience in awe. At this performance Sid Worley was played brilliantly by James Darch who blew the audience away with his likeable character and amazing vocals during Sid’s unfortunate decline. Jessica Daley’s sassy, confident Lynnette Pomeroy bounces off Sid’s slightly dorky, shy persona. The relationships between the four lovers is realistic and believable but it is during the numbers ‘I Was Made For Loving You’ and ‘I Want To Know What Love Is’ where these characters and their relationships come alive. Keisha Atwell and Ray Shell must also be commended for their superb characterisation and acting. 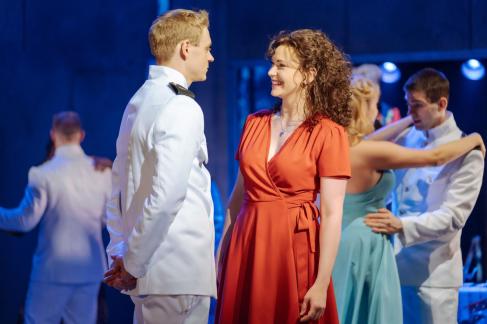 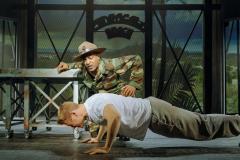 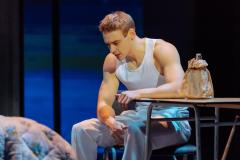 The clever set, designed by Michael Taylor, utilises modern projections well and yet is in keeping with the era and setting of the production. The videos, designed by Douglas O’Connell, used throughout the production including as the audience are waiting for the action to start,  are clever and fully immerse the audience into the show. Set pieces and props are moved quickly and with minimal fuss allowing the audience to lose themselves with the story unfolding in front of them. Lighting, by Ben Cracknell, further adds depth to the story and creates atmosphere.

Clear direction by Nikolai Foster allows for fans of the film and complete newbies alike to enjoy this tale whilst clever choreography by Kate Prince adds a modern touch to an 80’s classic. This has to be one of the better jukebox musicals to hit the stage for some time and it has a good future, both as a touring production and possibly even on the West End Stage. So why not sit back and let love lift you up as you enjoy this brand new musical?

An Officer and a Gentleman is on tour in the UK until the 15th September 2018. For tour dates, information and tickets click here.